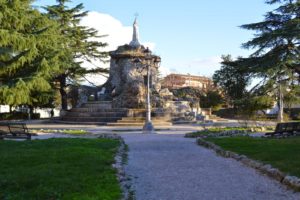 Cisterna di Latina, a city of app.35,000 and curiously with no movie theatre at all.
But since 2015 with an International Short Film Festival. 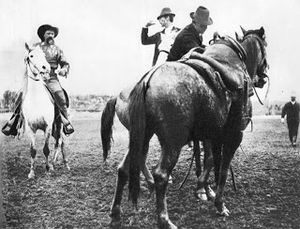 Cisterna’s history covers a great variety of cinema genres. Home of the butteri, it’s precisely to one of them – Augusto Imperiali – that is attributed the defeat of Buffalo Bill during his cowboy rodeo show in 1890, reminding scenes of a Western film, Hollywood genre by excellence.
The many devastating destructions suffered in many centuries, being the last tragic one during II World War, will make us think about war films or disaster movies. From Cisterna started the population of the pontina area which was an inhabited swamp, inspiring neorealism cinema. Caetani Palace built in the 500 era, has hosted important guests: popes, cardinals, and princes from all Europe, inspiring a great amount of historical films. Today plays a vital role in the cultural field of the city and is hosting the Festival. Finally we have the Ninfa Gardens – a splendid potential location – being one of the most attractive and fascinating botanical gardens of Europe with 70,000 visitors last year. 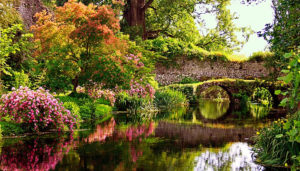 As mentioned before Cisterna doesn’t have a movie theatre, so in order to overcome this situation this event is celebrated here. 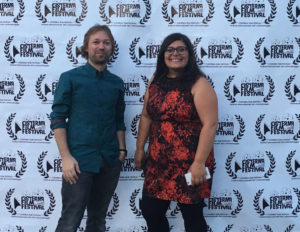 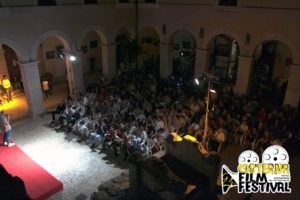 The official selection includes three competitive categories: “Competition”, “Next Generation”, dedicated to teenagers, and “Altre Visioni” (Other Visions), with experimental short films and video-art. For three years, the Cisterna Film Festival has hosted a “Focus” section dedicated to specific country. In 2017, Poland inaugurated it, with the support of the Polish Institute in Rome, and in 2018 it was the turn of Ireland, with the collaboration of the Irish Film Festa and the Irish Embassy. Last year there was a Focus on Asia, with shorts from different country of the continent. From 2015 to 2019 the festival screened international and national premieres, from the major festivals (Cannes, Venice, Berlin, Sundance, Clermont-Ferrand) and winners of the most important national and international awards (Oscar, David, Cesar, Goya).
The festival annually hosts key figures from the show business and organizes collateral events such as book presentations, workshops dedicated to teenagers and photography exhibitions.